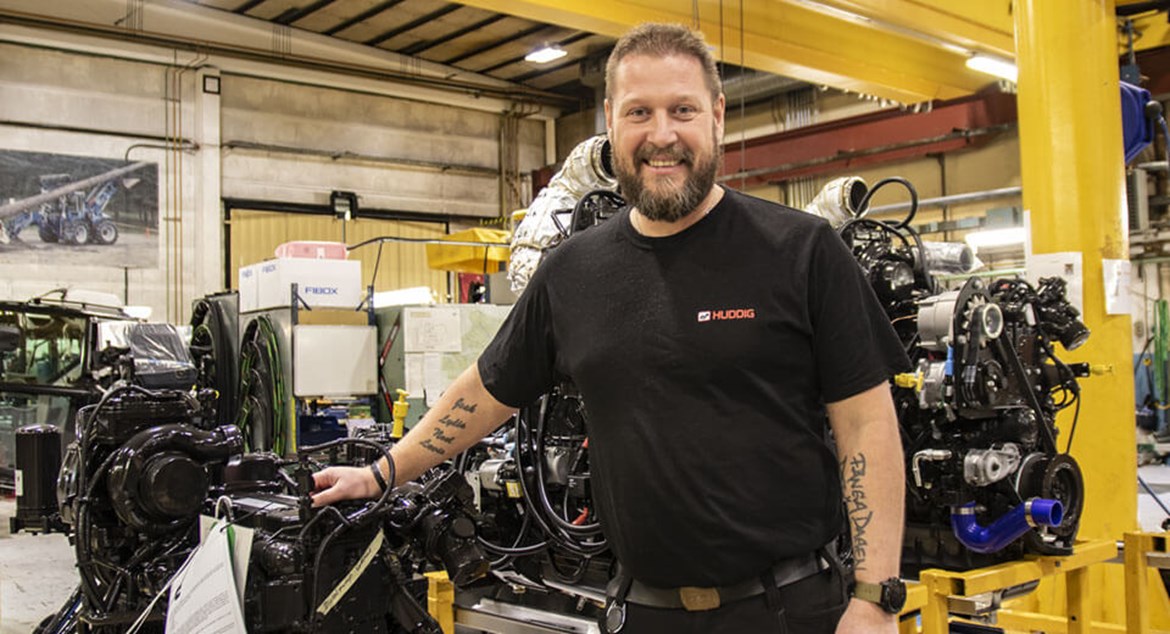 February first, 2021, Henrik Frykman entered the role of production leader at Huddig. He previously came from the position as Group Manager at Iggesunds Bruk and has also worked as Site Manager at Aven.

What attracted Henrik to apply to Huddig was the strong corporate culture and go-ahead spirit he saw in the company. The work with sustainability through, among other things, TIGON Technology was also something that drew his attention to Huddig.

“I had only heard positive things about Huddig before I came here. I have also always found it incredibly impressive to have a world-leading company in the small town of Hudiksvall. In the forest industry where I previously worked, sustainability is always in focus, which made me extra fascinated by TIGON. I believe it will change the industry - hybrid machines are part of the future.”

At Huddig, Henrik leads daily control in the factory where he distributes and leads the work in production. He is driven by creating good collaboration and getting employees to grow, which he believes, in turn, generates increased efficiency.

“People and their potential fascinate me. I strive for every employee to feel seen, heard, and confirmed. I think that when you feel that you are making a difference, then you naturally do a good job, which in turn increases productivity.”

In the near future, Henrik looks forward to seeing TIGON enter the market and get into his new role.

"It is historic to be part of when the first full hybrid backhoe loader enters the market. This is possible thanks to such incredibly competent and proud employees who always want to move forward. We have an enormous potential for growth in the future. It feels like an exciting journey that has just begun, and I am happy to be a part of it, Henrik concludes.