Electrification has now taken off in earnest in several major industries. The clearest trend is in the automotive industry, where figures show that by 2022 nearly 50% of all newly registered passenger cars will be electric or hybrid. Now is the time for the construction industry to join forces to switch to electric and hybrid vehicles. Several countries in Scandinavia have plans to completely ban diesel-powered machinery for construction work in their major cities within a couple of years. Therefore it is high time to take a closer look at how electrically powered construction machines can be used to a larger extent in our industry. 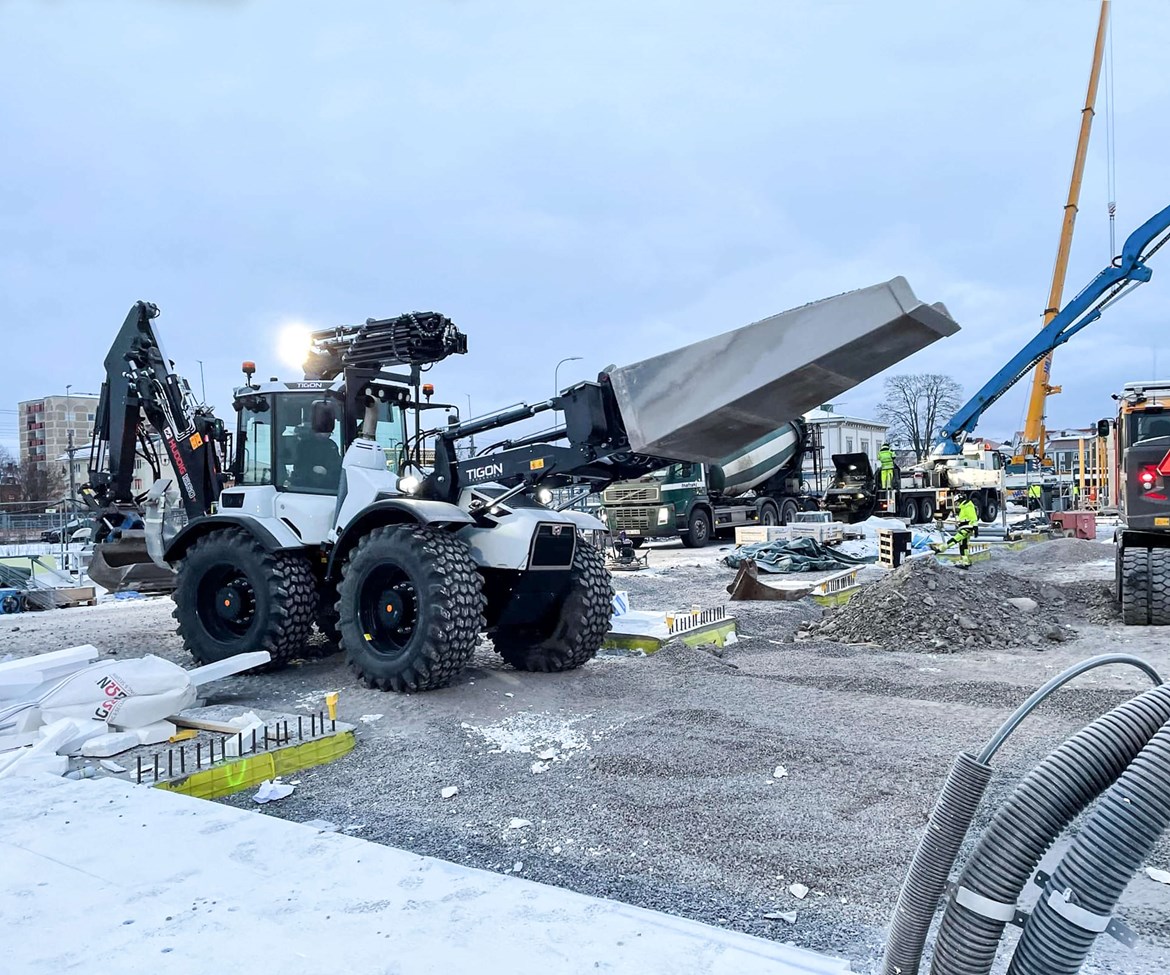 At Huddig, we have been working on developing Tigon Technology since 2012 - a hybrid system that can be powered by electricity alone or in combination with a diesel engine - without compromising on power or performance. Now the first TIGON models have been delivered to customers, and the demand for electrified construction machines is increasing dramatically. But what can we do to accelerate electrification in the construction industry further?

The reason why electrification in the construction industry has been slow so far can be derived partly from the higher power consumption required compared to a car and partly from the fact that the industry is relatively traditional. "Ordinary" diesel-powered machines do their job and are well established on the work site. Drivers are familiar with them and know what the machines can and cannot do. However, the downside is that these machines consume a lot of fuel, which leads to high CO2 emissions. Emissions from the construction industry account for about 3% of Swedish carbon dioxide emissions and close to 4% globally. With today's climate discussions, it is only a matter of time before our industry is more or less forced to switch to electrically powered machines.

Although there are many advantages to electric and hybrid machines, there are contractors who are still hesitant about the green transition. Often this is based on the belief that an electric machine can't handle as much as a diesel-powered model. That may have been true in the past. Still, technology has advanced rapidly in recent years, and today a hybrid machine can be used in the same way as a pure diesel-powered model without compromising on power or performance.

Another concern is that people think using an electric machine in their daily work is cumbersome. With a hybrid model, this is not a problem. In addition to the machine's battery is easily charged with a standard CEE connector, the machine's diesel engine can be used to operate and charge the battery itself. This means that productivity is not affected, and the operator can use the machine more efficiently and environmentally friendly depending on the work type.

Charging infrastructure technology is also advancing. As well as the possibility of electricity supply and available charging stations being taken into account early on in the planning process, other solutions are also being developed, such as "power banks" placed out on construction sites. These are similar to a power bank for our mobile phones but in a larger format.

"Our designers started looking at this in 2012, and in the last decade, developments have taken giant leaps forward in technology. We are now seeing developments constantly making battery systems more efficient and less costly," Daniel Myrgren, Marketing and Sales Manager at Huddig, says.

"As we are already over ten years into our electrification work, we feel we have a good grasp on this. The first examples of our hybrid machine HUDDIG TIGON have now been delivered to the customer after years of testing and development. The challenge has been to create a machine that does not compromise on either power or performance, and we have succeeded," Daniel continues.

The first, of several HUDDIG TIGON machines was delivered to Jonas Löfskog at Jonas Excav in Vinberg outside Falkenberg.

"The electric operation is incredible. My colleagues who work around the machine are probably the ones who appreciate it the most. In EV mode, the machine runs on 100% electricity, and all you hear is the sound of the hydraulics - when you release the levers, it's completely silent. Being able to talk to the guys around the machine without shouting is an incredible advantage. The working environment is safer, but of course, it's also essential to signal the machine's progress," Jonas says.

Other players in the market have come a long way in their sustainability work, such as NCC, ABB, and Volvo. Their Electric Worksite project is an effort to accelerate electrification in construction projects.

"I believe that most actors in the construction industry are now focusing on their sustainability work and investing in their green transition. I think it's fantastic to see how it's possible to change relatively quickly - as long as you let go of the old and think in new ways. As market leaders in our industry, we want to be at the forefront of showing that it is possible,"  Daniel concludes.