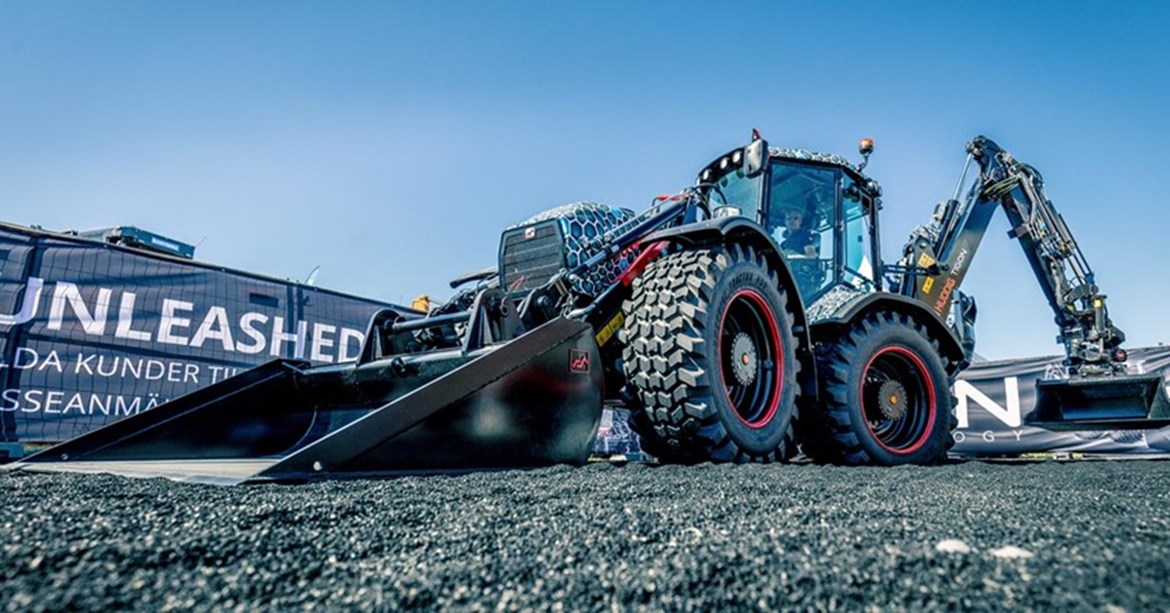 There was an opportunity for people to register their interest in purchasing one of the pre-series machines, becoming the first in the world to own a full hybrid. Interest was so great that there are currently more people registered than machines available. Huddig will therefore choose who the lucky two owners will be.

In addition to HUDDIG TIGON, Huddig showed a HUDDIG Rail with powered rail wheels and a HUDDIG CABLE equipped with Lift2200 in the booth. Thanks to the versatility of the machine, there were also several tool suppliers who chose a HUDDIG as a demo machine in their displays, including Trejon, SMP, Waldung and Rototilt.

"There was a lot of interest in Huddig and we experienced a steady stream of visitors to our booth throughout the trade fair. It was a well-organized exhibition and Solvalla is the perfect place for a machine fair of this size. The number of exhibitors and visitors was more this year than in 2016 when the fair first started, which is very positive”, says Daniel Myrgren, Marketing and Sales Manager at Huddig AB.

Huddig is driving the industry forward with HUDDIG TIGON. Many of the development steps taken by the company in conjunction with TIGON are also being introduced on the 1260D series machines.

Two additional prototypes of HUDDIG TIGON will now be built that will be thoroughly tested before production of the pre-series begins. Several customers have reported interest in testing the machines, which is very positive.