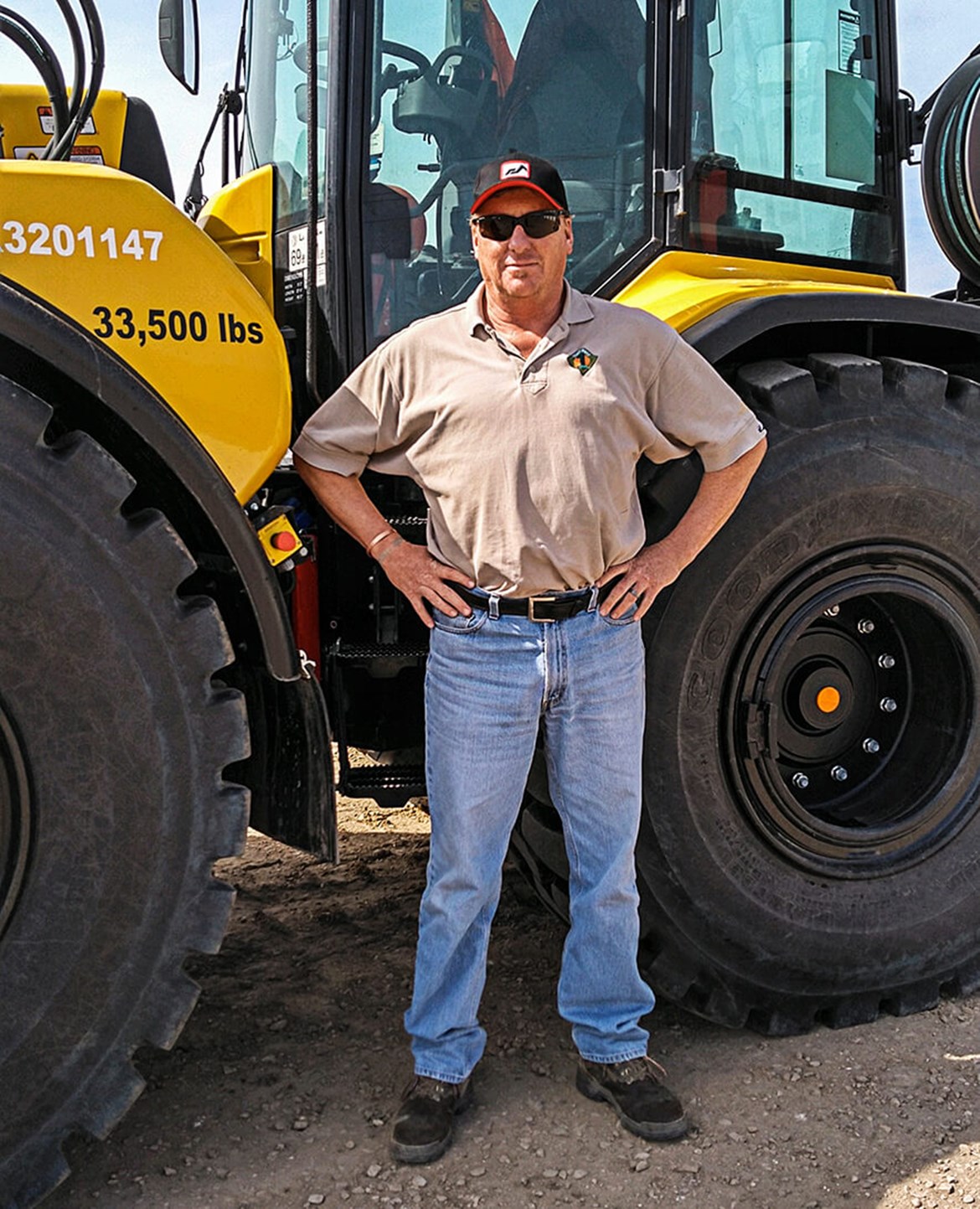 What is your name and what do you do for a living?

My name is Bill Truax and I have been employed with BNSF Railway for 25 years now.

When did you hear out about the brand HUDDIG for the first time?

The HUDDIG Machine was brought to my attention roughly 6 years ago via videos on the internet.

When did you drive a HUDDIG for the first time and what was your first impression?

I believe that it was the winter of 2013 or 2014 when my then boss and I flew to Omaha, Nebraska to investigate the first Huddig. I was impressed with its versatility and capabilities.

For how long have you been a HUDDIG operator and what tasks do you perform with your HUDDIG?

I've been a HUDDIG operator for about 5 years now using it for track work like tamping ballast, hauling ballast, undercutting track and installing wood and concrete ties. I use the machine for clean up work as well since I have a magnet, buckets and forks. I also use the machine and its angle blade in the winter for plowing snow. The HUDDIG has replaced a Cat 950 loader, a Cat 420 backhoe, a Speed Swing/ Swingmaster and an excavator than was used for switch ties etc before.

If you compare a HUDDIG backhoe loader with an excavator, what are the biggest differences?

The HUDDIG is much more versatile than an excavator because it can be travelled down a highway and/or the rail while carrying material and attachments. It also hyrails easily and is comfortably as well.

What would you say is the main benefits with HUDDIG?

It is more versatile than any other piece of equipment out there. A good and ambitious operator can learn the machine, then learn how to apply all the attachments made available to him for just about any task that is necessary. It makes more sense to have one machine and one operator that performs several tasks than to have several operators and several different machines that can only do one thing apiece. If there is one thing that stands out the most, it's the dual directional driving. It´s easy to use, saves time and gives me as an operator the ability to observe the surroundings which makes it safer for workers outside the machine.

As a machine operator, can you describe the feeling of operating a HUDDIG?

As an operator a HUDDIG makes the job more fun and challenging. It's not the same old boring, one type of task kind of thing. There's always something different I can be doing. The functions are great, making it easy to operate given all the tasks that can be implemented. The first HUDDIG we had here was a 1260B model and now we have the 1260D model which is even more user friendly.

For which tasks do you think HUDDIG is the optimal choice?

All of the aforementioned tasks it can perform, all wrapped in one machine, is what makes it optimal. There are larger machines that can do larger tasks, but size and simplicity limits them to only certain things so as far as a "one machine does it all" kind of aspect, this is about as good as it gets.