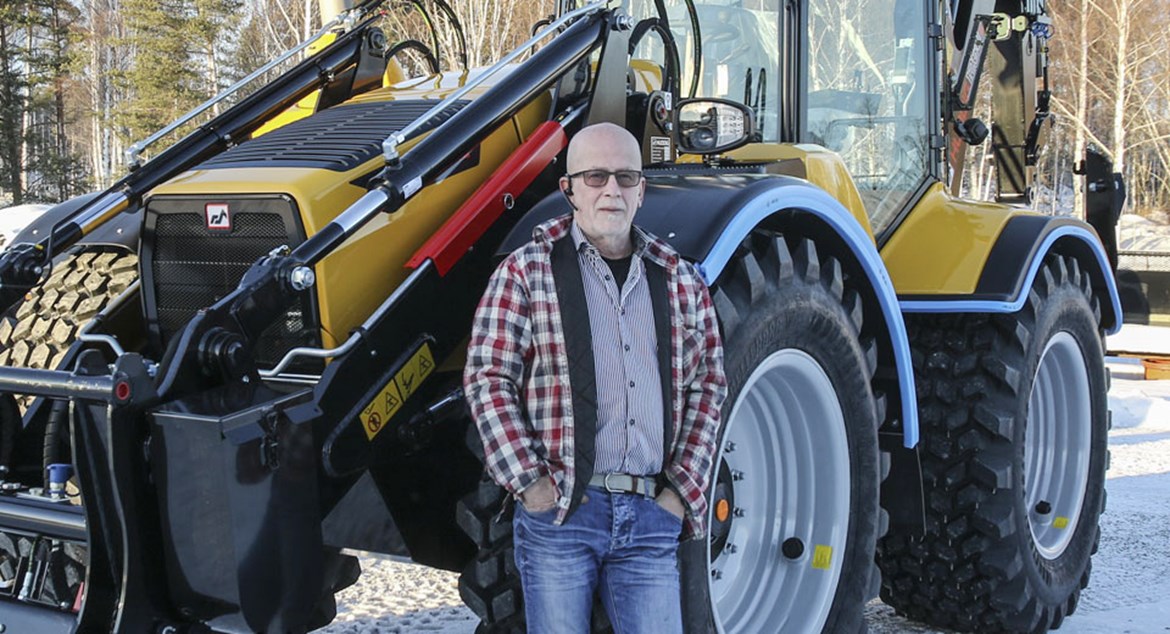 Lars Sundberg works as a production technician at Huddig. Together with the team, he works to realize the ideas from the designers and take them from the drawing board on the way to become a finished product.

Lars has a background as a welder, after which he studied production technology. Thereafter he ran his own company in that industry for seven years where he helped companies with the design, production, and development of products. When he later decided to become employed, his thoughts went straight to Huddig given the strong corporate culture he had heard about and the company's local roots.

"The years when I ran my own business were extremely educational. When I later chose to start as an employee, I felt that Huddig would suit me well because I had heard so much good about the company, and it turned out to be true when I started. We also develop a fantastically advanced product at the same time as we strengthen the local business community, which makes me proud to work here."

With the team at the welding department, he works to build what the constructors design. The goal is always to optimize the production to make it as cost and time-efficient as possible, which also means regular investments in the business.

"You could say that my work largely is about realizing the designers' ideas and reviewing costs and choices of material along the way. We constantly work together to become more efficient and above all, we focus on continuous, small improvements."

At Huddig, all welders are certified and regularly undergo welding tests to ensure a maintained high quality. The company's achievements in the field of welding have also attracted the attention of the industry organization Svetskommissionen (The Swedish Welding Commission).

"When I started about 10 years ago, my personal goal was to contribute to the development of Huddig's welding to a level where we are the first to be mentioned when talking about welding in the region. Today we have arrived there, which feels incredible. The fact that Svetskommissionen gives us good grades indicates that our work has given good results."

In 2020, Lars led the work on the major rebuild of the welding workshop that was carried out to get an even better flow in the production.

"To carry out a total rebuild of the workshop with retained production placed high demands on all of us. Thanks to good planning, we have now succeeded in streamlining the workflow and created a product-adapted welding workshop where the workgroup moves among different stations instead of moving materials and goods, something that saves both time and energy."

He previously played hockey for many years, before he as a 30-year-old chose to put his skates on the shelf. From the hockey world, he brings with him several experiences that he today uses in his team play.

"During the years on the ice, I learned a lot about how to build effective teams. Participation and insight into processes are important to build a good team, as well as an understanding of each other's differences and playing styles - something that applies just as much on the ice as on the workshop floor."

"It feels incredibly fun to be part of Huddig's growth journey and continue with the improvement work in the production. I strongly believe in our investments and it will also be exciting to see what results we can achieve internationally in the future", Lars concludes.