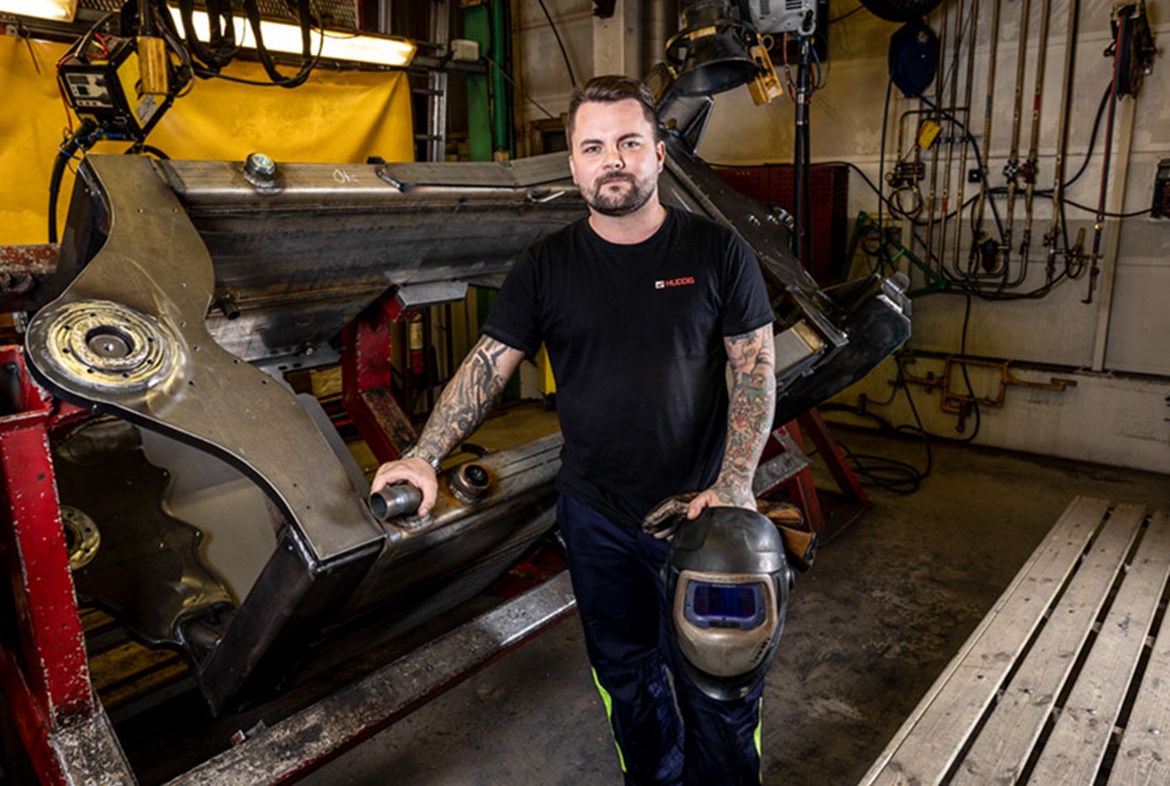 Maths Juntti is one of Huddig's many good welders. He has been working for the company for seven years and is really pleased with both the job and the workplace.

"First and foremost, it's because I have such great colleagues. I also think it's fun working for a company that grows and constantly develops the products it offers. We make great machines. It's so fantastic to see them out and working on the streets. I feel proud of being a part of Huddig,” he says.

Maths has completed the Industrial Engineering program at Bromangymnasiet college in Hudiksvall, Sweden, focusing on sheet metal and welding. He did both his third year's practice placement and his fourth year at Huddig. Then he was offered permanent work at the company.

“I was employed in 2004 and worked there until 2009. But then the financial crisis hit and I needed to find something else. There were a lot of different jobs in several different places. If you do not find the job at the location you want, you have to go to where the jobs are, its as simple as that”, he says.

After a couple of years, he felt it was very tiring to travel around and work in a lot of different places. He had also met his wife, who actually came from Hudiksvall and therefore he wanted to find a job in the town.

"Then I found out that Huddig needed a welder. Because I had worked there before and already knew the company so well, it suited me perfectly. I got the job and it felt great fun to get back here”, he says.

As a welder for Huddig you work daytime shifts. For example, Maths can start a week with an afternoon shift on a Monday and Tuesday. Then he is off work on Wednesday and works Thursday and Friday.

“This kind of shift pattern is perfect for me, especially since I have young children at home. I'll get an extra day, which gives me more time with my family”, he says.

Maths says that the best thing about the job is that he develops as a person. He also likes that the management really listen to and grasp the ideas and problems that the staff have.

"We have different improvement groups here in the production department where we can bring up if something isn’t working well or doesn’t fit. If I experience that a certain detail isn’t working for example, I can go to my supervisor and tell them. He then goes to production technology, which goes up to construction, who then make a change. The fact that changes are made based on our suggestions on the floor, really means a lot.”

Maths appreciates that you can follow the product from sheet metal to the finished machine in the yard.

“It's pretty cool. When I have worked in other businesses, it’s been a bit more like we do our part, then we send it to another company and we never catch sight of it again. Here you are a part of it all the way. It also simplifies things if something goes wrong. Then we can notice it and fix it immediately", he says.

When Maths is not working, he spends time with his family. He also likes to fix his cars and do some traveling.

“I also love to go snowmobiling. I ride around this area and in the mountains. It's really so much fun. It’s adrenaline, socializing and experiencing nature all at the same time”, he says. 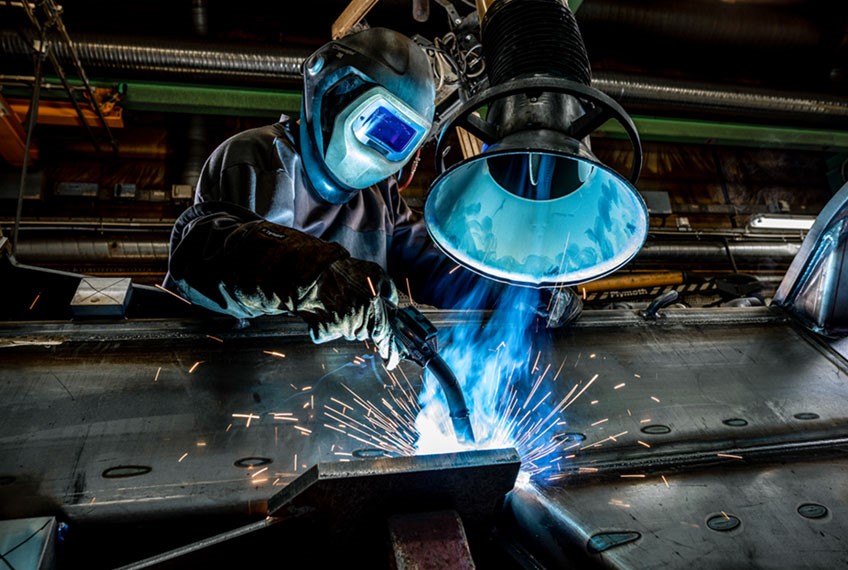