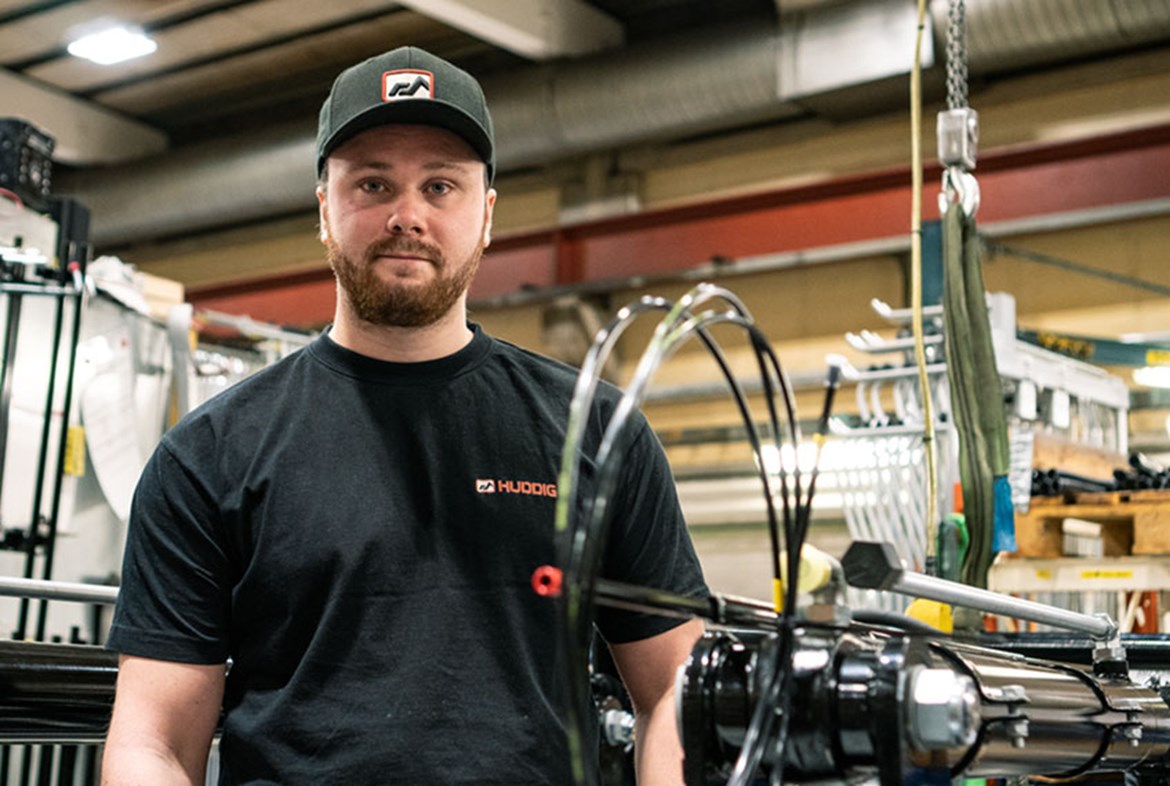 At Huddig’s assembly department the work tasks can be very varied. Something that assembler Oscar Jonsson can confirm. He’s been with the company for a year and has already been involved in everything from pre-assembling coolers and gearboxes to putting together front frames and aggregates.

“As we do everything ourselves there’s a lot of different things to be done. I think that’s fun as I like to have varied tasks in my work. If you want to learn something new, there’s every opportunity to do so”, he says. 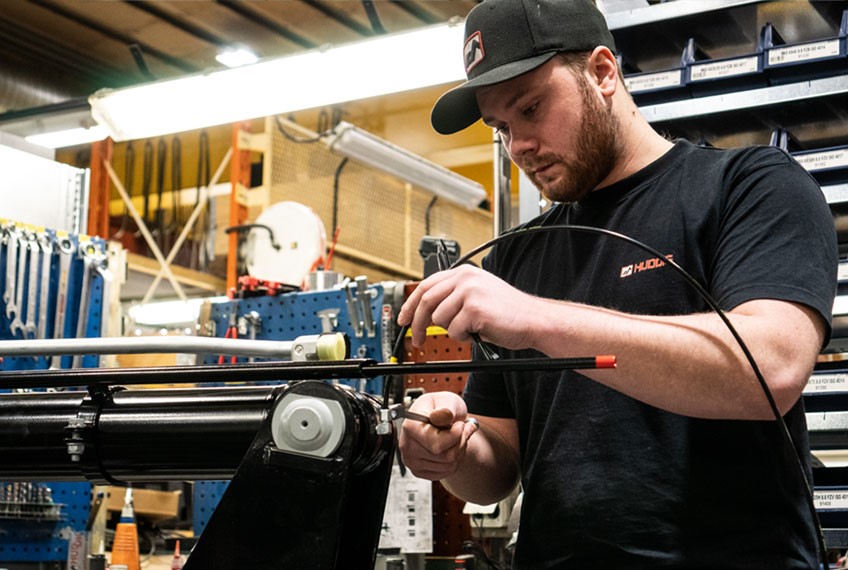 Working in industry wasn’t something that Oscar had imagined doing when he was considering which course to study at the extended upper secondary level. As hunting had always featured highly in his interests he instead chose to study hunting at Agricultural College.
“After I’d finished school I got a job as a project worker at the Imerys process industry company in Sundsvall. I felt at home working in industry. It suited me”.

With that insight it was natural for Oscar to advance in the industry sector. Huddig was towards the top of my wishing list, much thanks to the fine working environment the company offers.
“I’ve always thought that Huddig is a good place. I was here on work experience whilst still at elementary school and already then I got a good feeling about the company”, he says.

Even now, having worked at Huddig for a while, the work environment is still one of the decisive factors that Oscar enjoys being there.
“The best thing about my job is that it is so clean and nice here. And my workmates of course. They’re the most important thing. Then I also believe that an important part of it is that I enjoy having a screwdriver in my hands. Otherwise I’d never have been cut out for this type of work”.

He also likes the positive atmosphere.
“There’s a good flow to almost everything. But just as for any other company, things can go wrong sometimes. There may be a delivery that we’re running late on or something like that. But even on occasions like that we pull together and solve the problems as a group”, he concludes.